Starting with vSAN 6.6, it is possible to configure a secondary level of failures to tolerate. This feature enables resiliency within a site, as well as, across sites. For example, RAID-5 erasure coding protects objects within the same site while RAID-1 mirroring protects these same objects across sites. 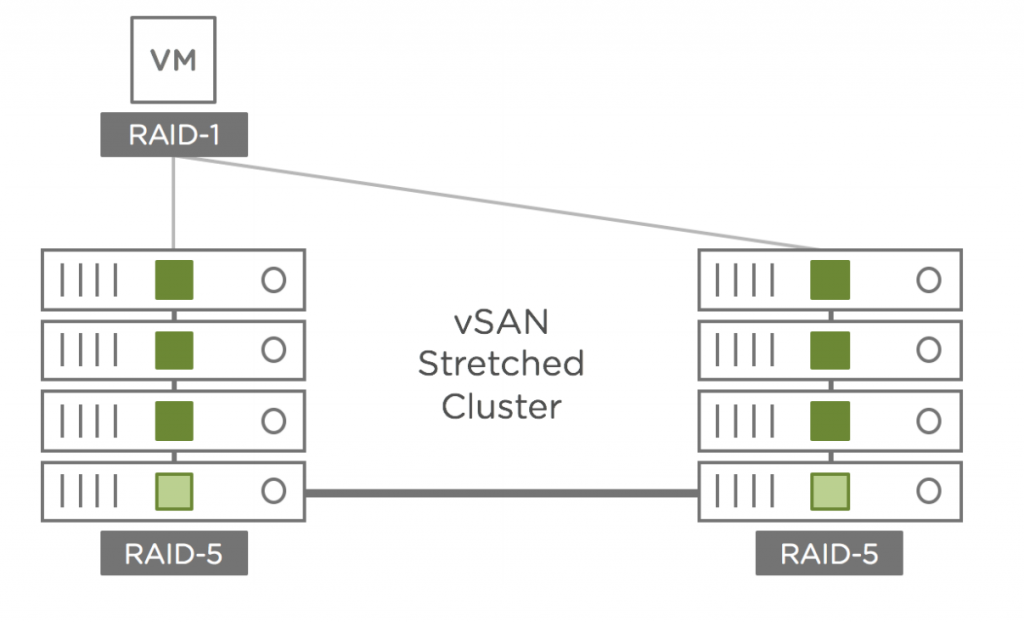 After snooping into the undocumented metrics, we discovered that the SFTT traffic is “monitorable” through 2 new counters called “proxy” and “anchor” so, starting from v0.99d, we added a dedicated dashboard inspired from the vSAN Monitor one. Meet vSAN Monitor 2nd FTT: 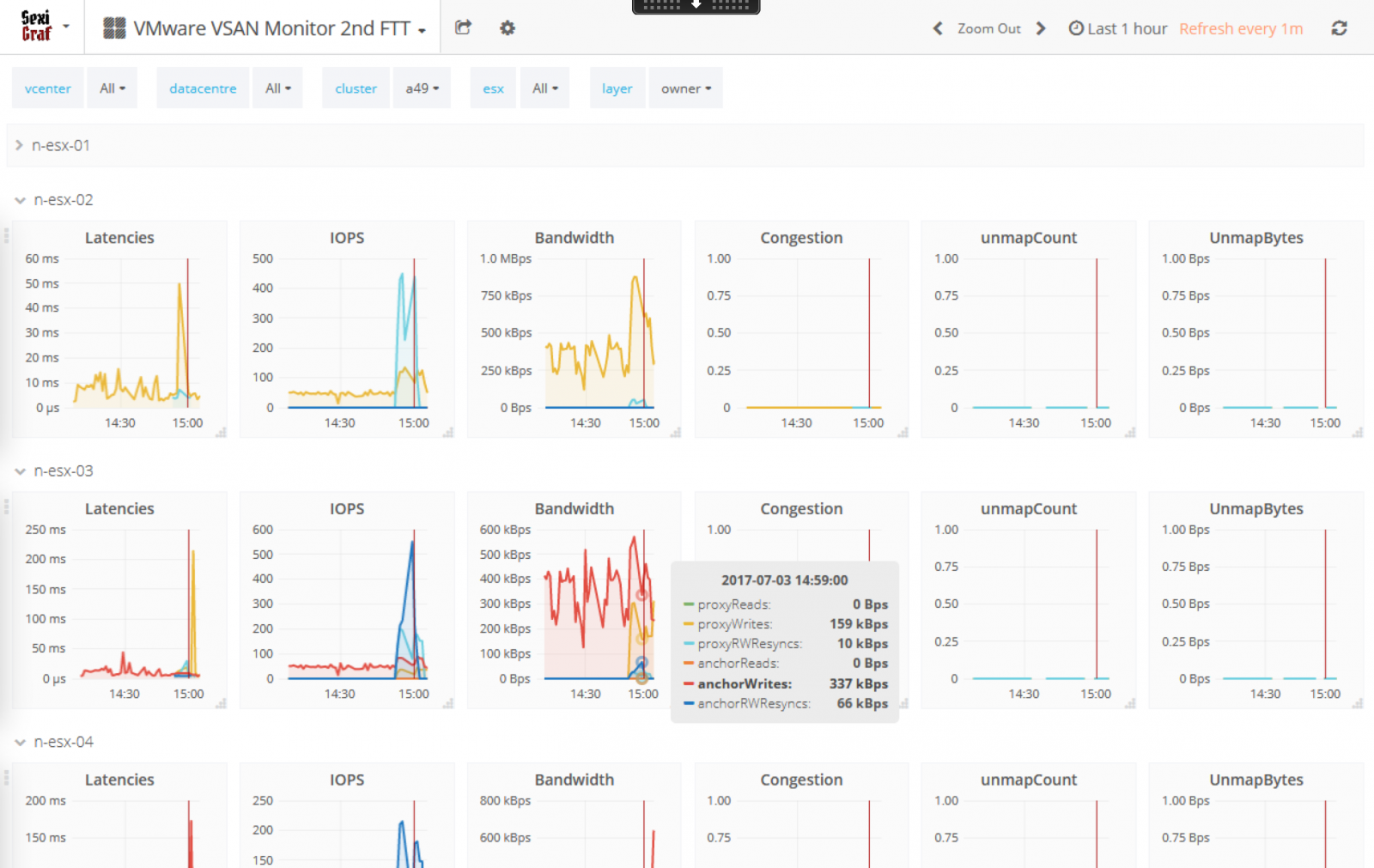 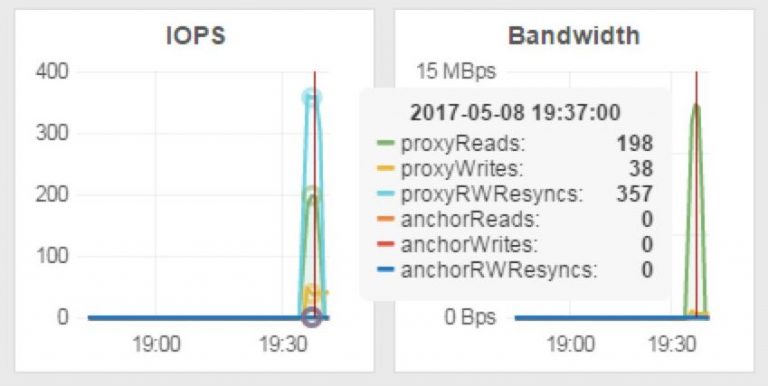 Since we had some free space left on the dashboard, we also added some UNMAP metrics.